Following on from my ZoomIT post and thinking again about presentation tools,  I started thinking about the ways in which magnification tools generally work an how you might want to use it in a presentation scenario.

The most common magnification applications for Windows I’ve come across are the operating system’s magnifier utility and (portable) Virtual Magnifying Glass (as this is probably the most widely known portable magnifier).  So I’m going to start by taking a look at the commonality and differences between these and ZoomIT. 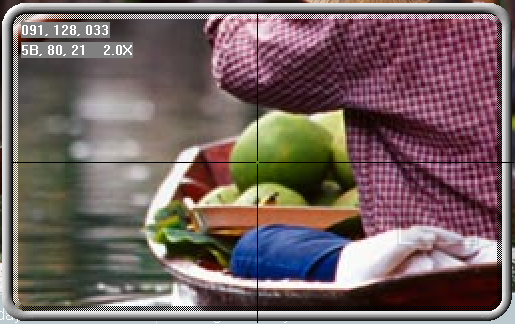 This application creates a window centred around the mouse pointer.  Wherever the pointer is  moved the window follows.  Upon clicking to interact with something the magnification window closes.

The magnifier in ZoomIT is a whole screen magnifier.  The magnification is centred around the mouse pointer and as the pointer is moved around it scrolls the portion of the image that is being shown on screen.  Like the Virtual Magnifying Glass application when interacting you lose the zoom … unless your interaction is to use the drawing mode (as described in the ZoomIT post). 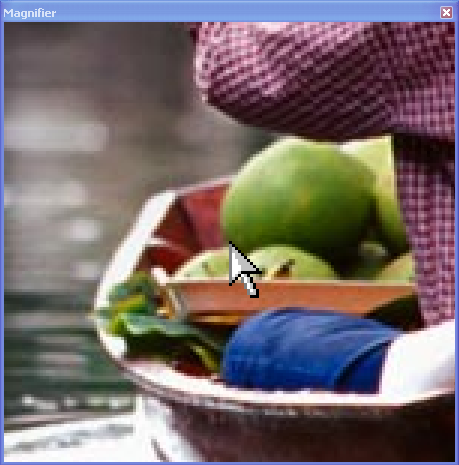 Please note that the example used here is the Windows XP magnifier (as I believe that this is version of Windows currently most “in play”), but the latest version bundled with Windows 7 is more or less an extension of the XP version with some additional tweaks and some of the Virtual Magnifying Glass and ZoomIT application features included.  For specific details about the Windows 7 magnifier take a look at the BLTT post about it.

Whilst these can all certainly help presenters, there is a bit of a limitation here.  Whilst I love the features that ZoomIT provides for a presenter I do find that not being able to zoom in on something I want to interact with is a bit of a limitation.  For example if I’m trying to show people how to use a piece of software for example.  The alternative is to use Windows magnifier and this is certainly a practical alternative, but there are two issues I find with this.

The first is that magnifier varies between versions of Windows and finding it can sometimes be a bit of hassle.  For me personally not so much, but for some end users trying to explain where to find them if they have to go out and use someone else’s presentation computers is just a headache I could do without.  Portable applications for presenters give consistency and are most certainly the way forward.

The second issue is something I call the “Doom Presentation Effect”.  This is after the first person shooter game of my youth - Doom.  Often when watching others play first person shooters the quick movements of the full screen shifting can start to give some people a bit of motion sickness.  It also requires a lot of additional concentration.  Not good for a presentation where you want people to be concentrating on the content.

So is there an alternative?  Yes there is.  After scouring the Internet and trying out more magnifiers than I ever thought existed, I found one that looks a little dated with its interface but offers a feature that does the job nicely.

Desktop Zoom has a range of magnification features mostly reproduced by the other tools here - often in a way I found easier to use.  However the thing that is particularly noteworthy is an option to have “fixed window” zoom.  This creates an on screen area which you specify for which Desktop Zoom will create a window that displays a zoomed view of the area.  You can interact with the area on screen and it will give you a zoomed display (which it won’t seem to let me capture in a screen shot) of you interacting.  It even lets you specify how the mouse pointer displays which can help you in showing your interaction if you have the usual small mouse pointers.

So would I exclusively use Desktop Zoom?  No, but I would recommend having this in your collection of presentation tools alongside ZoomIT.  That way no matter where you are you can keep zooming tools to hand to help you get your message across.