VBScript and Getting the Message Across

In preparing a post today I’ve been through a bit of a winding process whereby I came across an issue I’d never encountered before with a VBScript.  At first I thought I’d made some sort of mistake, but it appears I’d come across a limitation of a VBScript function I use all the time - MsgBox.

Obviously the information is available in the VBScript documentation, but it seems rather vague:

The maximum length of prompt is approximately 1,024 characters, depending on the width of the characters used. 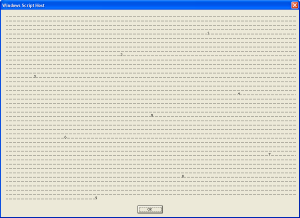 My tests have shown that it always seems to truncate at the 1,023rd character.

So what’s the alternative?  Well there are two WSH options.  The first is WScript.Echo which seems to have a huge limit of what it can display.  So much so that in testing I more than completely and successfully filled my screen with 92,160 characters using this function.  The second is more aligned to MsgBox and is the WshShell.PopUp method which has similar options to VBScript’s message box. 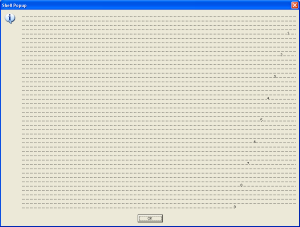 An example script illustrating these options is given below.