iPhone and iPod Delete and Backspace

I’ve had an iPod touch for a few months now and I’m a little frustrated by one of the keyboard elements.  The keyboard has a backspace key but has no delete key  i.e. you can delete characters to the left of the cursor, but not to the right. 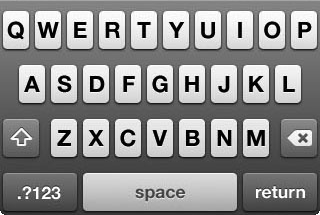 So come on Apple … just one little tweak.