Build your Dictionary in the Evernote Desktop Clients

Spell checking is one of those things that most of us take for granted these days in our applications.  Those familiar wavy red lines are all too familiar to most computer users.  You may even have noticed them in Evernote, but like many people I need to use technical jargon and in my notes and these are not part of the default English dictionary in Evernote which is a US  English dictionary adding further issues for me a UK Evernote user.  So let me explain how to update your Evernote dictionary.

The following information relates to the two Evernote desktop clients I use on a Windows PC and an Apple Mac.

On the Mac client, it is very straight forward to add a new word to your dictionary.  Simply right click on the word and a context based menu will appear.  This will include suggested spelling corrections at the top of the menu, but in the section just below these are a couple of spelling related options that are a little more interesting.  These options are “Ignore Spelling” and “Learn Spelling”.  It’s an interesting choice of phrase, but as you may have guessed if you choose “Learn Spelling”, this will add the word to your Evernote dictionary. 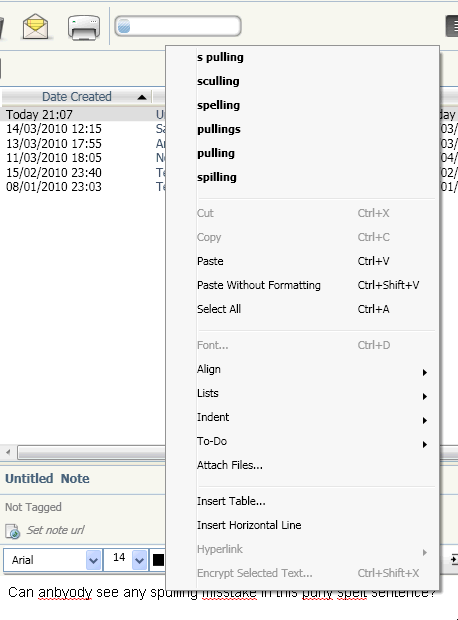 On the Windows client if you right click a word which has been identified by the red squiggle, then you can see a similar context menu to that shown on the Mac.  At the top of the context menu are several suggestions for possible corrections.  Below this … unfortunately no option to “Learn Spelling”.  In fact there are no more options to do with spelling on the menu.  Hopefully Evernote will address this in a future client release (I’m using the latest stable Windows client at the time of writing 3.5.3.1964), and I had thought that this meant there was no way to add words to the dictionary.

It was actually Phil Libin (Evernote CEO) who set me straight on a public online Q&A session.  The trick is that you have to spell check the entire note.  You can select this from the Edit menu or simply by pressing F7.  This will then step through each word just like it might on a typical word processor.  There is a similar option to check spelling and grammar on the Mac client too but it simply steps you to the next spelling query each time you invoke it ( Command + ; ) and there’s no dialog box to guide you through. 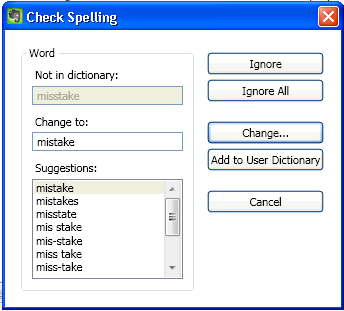 So there you have it.  Hopefully in time the spelling facilities on the two clients will be brought in-line (hopefully with the option for either method).  It would also be nice to have some way to amend any custom words added.  Even if I haven’t done so yet it’s only a matter of time before I accidentally add a word I don’t want to and then I’d like to be able to amend or correct it.  I’m sure this feature will also be added in time. A final killer feature for Evernote would be to synchronise the dictionaries between multiple clients. That one I’m guessing might take a little longer.