Tracking Down the iPhone Birthday Calendar

We have a number of iPhone users in our office and I was asked a couple of days ago to have a look at something a few users had recently noticed - the appearance of a new calendar called Birthdays. Whilst the users had a variety of iPhone models 3G through to iPhone 4 (both work and personal), I quickly noted that each of the phones was running iOS4. So my instincts were that this was probably gong to be related to a new iOS4 feature or maybe something to do with a new version of iTunes choosing to sync a non-existent MobileMe calendar. 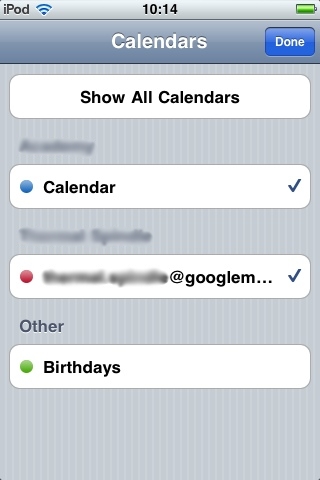 The calendar appears under “Other” in all cases and I couldn’t find anything in the Calendar details in Settings or in the Calendar sync settings within iTunes. the upshot was that I was initially I was at a bit of a loss as to where it was coming from let alone how to remove this iPhone Birthdays calendar. At this point I took a moment to step back from the problem and tried to think like an Apple engineer. 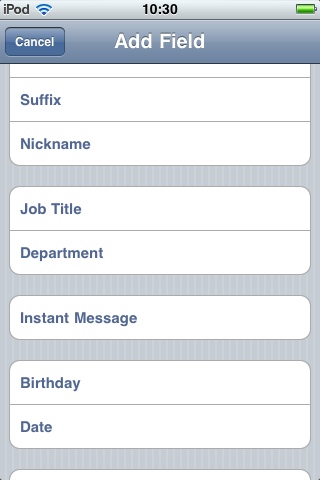 Birthdays are a very specific calendar purpose and would be based a round dates specific to individuals so I took a closer look at the iPhone’s Contact app. I added a new contact and selected additional fields which gave access to a field called Birthday. After adding a suitable date I saved the contact and then returned to the Calendar app. 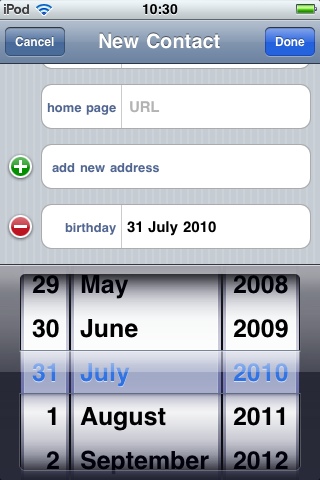 You may not be surprised to learn that the birthday for this fictional contact appeared in the Birthdays calendar. Brilliant … or not…?

What I had discovered was that the calendar was more like a “smart” calendar to borrow a Mac approach. This seems to be a feature where the new iPhone OS is being helpful. This is great and all except that everyone wanted to get rid of it as they didn’t want it in there in the first place. People who were using a business phone simply weren’t interested in having a birthday related calendar. People who had a personal phone already had important birthdays in their calendar, and presumably this might result in a doubling up.

I had a bit more of a search but I was unable to find a setting to remove or disable the calendar so I was resigned to explaining that this was intended as a useful feature of the phone and that it was automatically pulling in the information from the Contacts app. Everyone was fortunately enough happy with the explanation.

So if you want to remove the Birthdays calendar from your iPhone then it looks like you might be out of luck … that is unless you know different or Apple tweak the OS to allow this to be disabled (I’m not an iPhone guru so it is entirely possible I’ve missed some special option somewhere).

I do wonder if in the future we might also see other “smart” calendars implemented by Apple? Country specific holiday calendars (perhaps driven by geolocation or cell carrier) or anniversary date fields in your Contacts might be viable possibilities.