I was working on a slide deck for work recently where I wanted to transition from one slide to another after a specified period of time. I was using PowerPoint and figured this would be no problem at all. I’d used this approach many times previously, but on this occasion it simply wouldn’t advance. The reason I eventually discovered was down to some on-slide animation.

I eventually tracked the issue down to another looping animation I had on the slide. That animation was constantly cycling seconds and unfortunately it was this animation that was stopping the advance. The key to the issue turned out to be that slide transitions take effect only after all of the on-slide animations have completed. That means that if you have any animation that loops infinitely, the slide will never auto-advance.

To illustrate this I’ve put together a demonstration deck that shows how this issue takes effect.

The deck consists of two slides. The first slide includes a block that is animated over the course of 8 seconds to fill with colour, via an on slide animation. Note the duration setting in the top right of the screen shot. 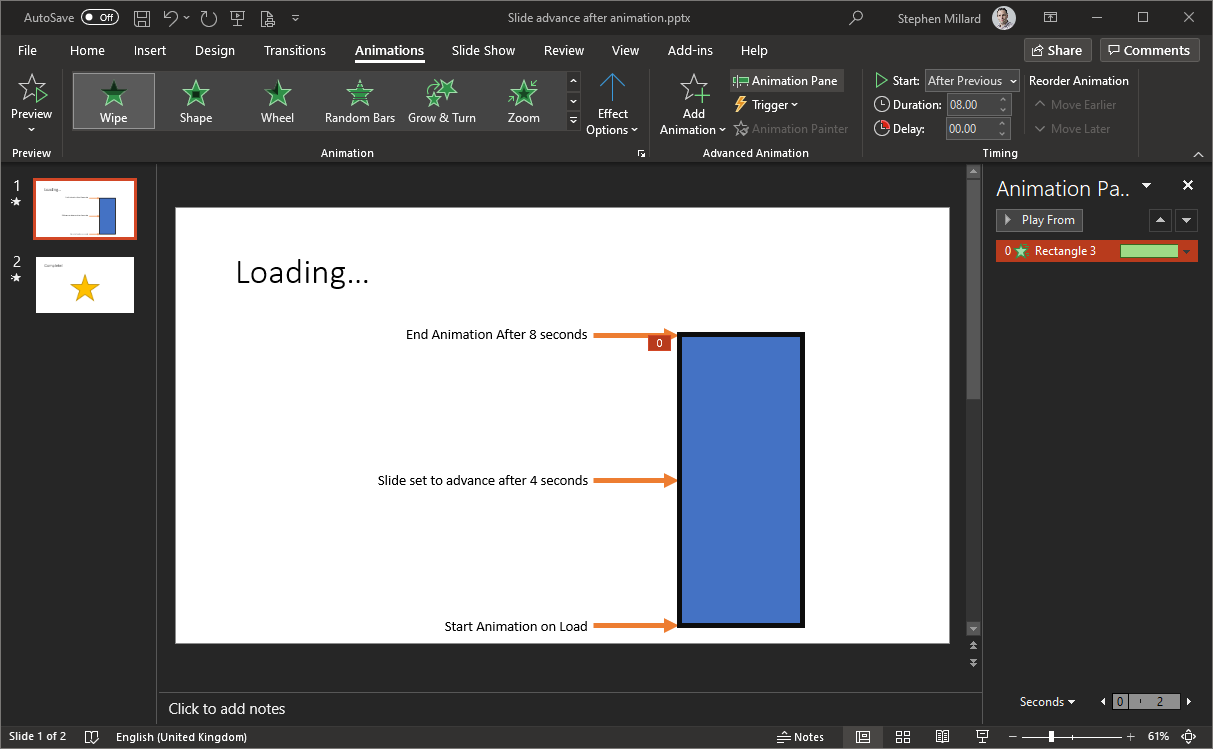 The slide is also set to have a transition to the second, and final slide, after 4 seconds. The 4 second point also being marked on the on slide block. Note the advance slide after setting in the top right of the screen shot. 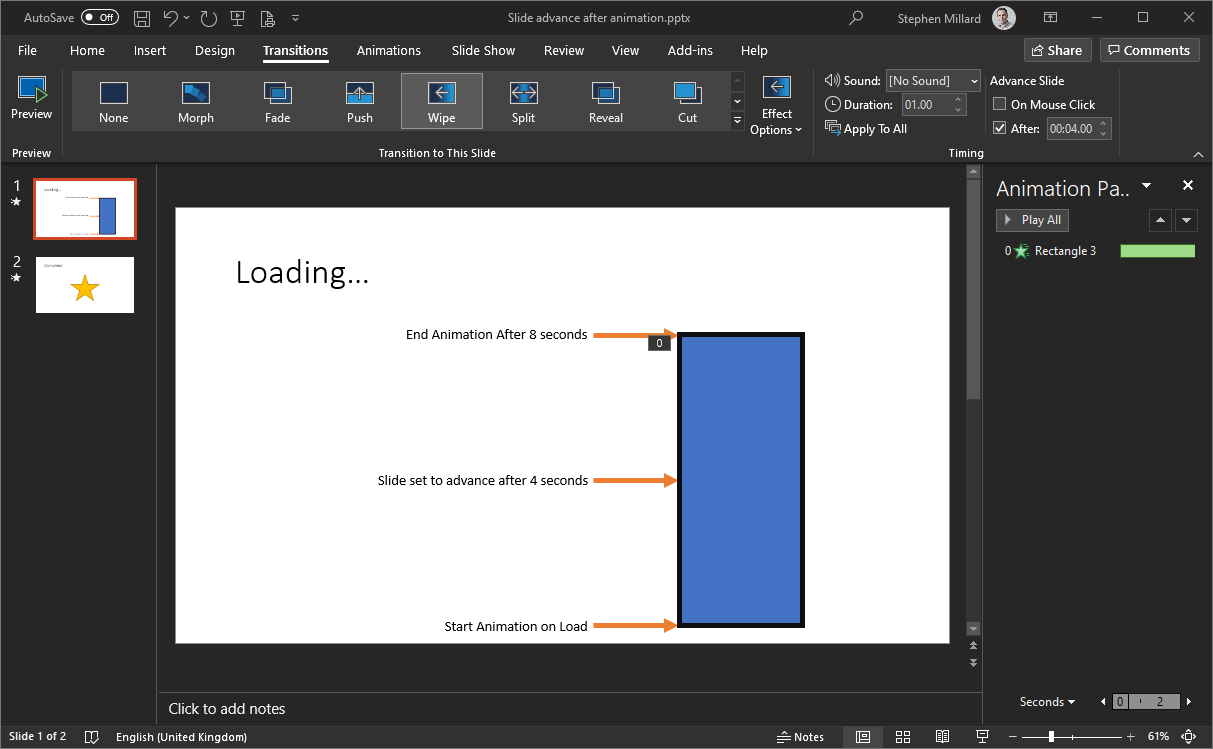 When the slide deck is set to be presented, the block will automatically start to fill with colour. However, after 4 seconds the slide will remain rather than the transition to the second slide occurring. As soon as the 8 second mark is reached, the presentation will advance to the final slide.

Just something to watch out for if you’re combining animations and automatic slide transitions in your PowerPoint slide decks.