The i*OS Shortcuts application has a surprising amount of numerical functions tucked away within its calculation actions. These include not only statistical functions, but also some arithmetic functions familiar to many programmers. One of these is the modulus function. Many of you may have used this in your mathematical studies at school. It is frequently used as the basis for time calculations on 12 and 24 hour clocks. But there’s more than one way to apply a modulus.

Let’s define a generic modulus operation and have it accept two numbers. A value, and a modulus - mod(value,modulus). To find the result, we would divide the value by the modulus and look at the remainder.

For example, using a modulus of 3, we can see a pattern that forms like so.

Hopefully that’s relatively straight forward to follow. But what if we aren’t dealing with whole number, integer values?

The Shortcuts modulus function is based on integer division, but sometimes it can be useful to have a modulus function with a broader operation that retains the factional part. To that end I created a little shortcut to support just that.

Since Shortcuts has no integer part operation, that is derived by splitting a number on the decimal point and taking the first item from the resulting list. If you are in a country that uses a different decimal separator such as a comma (“,”), then you would need to modify the shortcut accordingly. 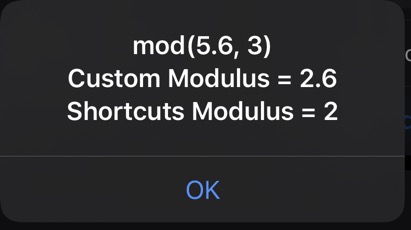 The Modulus shortcut’s actions break down as follows. 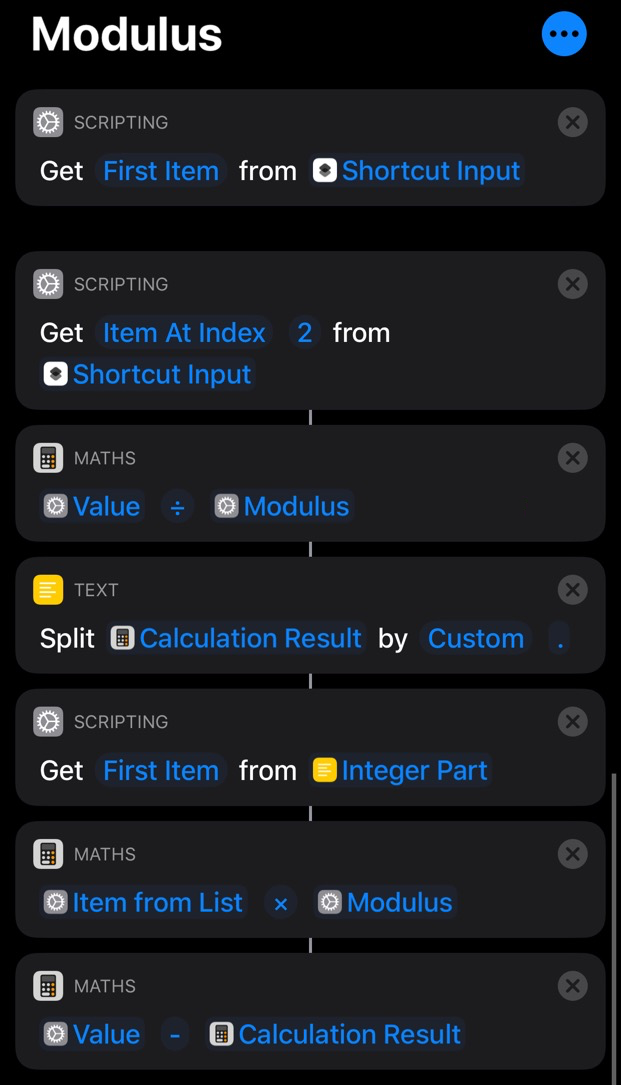 The moral of this story is that even when Shortcuts doesn’t provide the exact function you are looking for, there’s almost always a way to simply build it yourself.