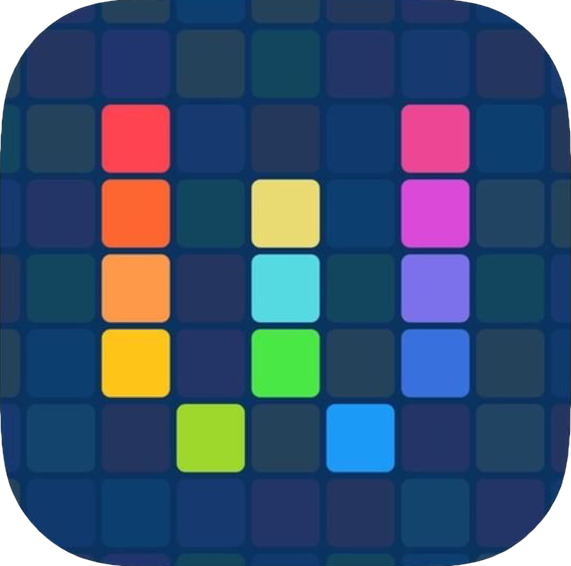 Workflow is an automation app for iOS. It brings a visual interface to building sophisticated programmatic workflows without ever having to type a line of script or code.

In March 2017, Apple acquired Workflow and the team beihind it, making it available as a free app for over a year. In 2018 Apple released Shortcuts which is the successor to Workflow as a free app and continues to iterate on it and extend the available functionality.

You can of course find out a lot more about Shortcuts and it’s uses from this very site.

Getting Started with Workflow

Workflow is the app that has revolutionised automation on the iOS platform. With it’s drag and drop Automator style interface and vast array of actions it is a veritable Swiss Army knife for Apple mobile devices. Even though many find it intuitive, it can take a little getting used to if you’ve never used anything like it before. To that end and arising from a conversation on Twitter with Philip Brown I decided to put together some information about how to really get started and expand your knowledge of Workflow.

Getting started is probably the biggest hurdle. Unfortunately it is also the first.

The MacStories web site and in particular Federico Viticci are a great starting point for anyone who wants to get a really good feel for Workflow. They have several posts relating to Workflow (usually tied into a version release) and the posts are always tagged.

One word of warning is that Federico’s posts often go into great detail and so can take a little while to read … but they are definitely worth the effort.

If you fancy a more lean back way to learn about Workflow you can’t go wrong if you take the time to listen to the Mac Powers Users Workflow episode dedicated to the app - and while you’re at it subscribe to the podcast!

Full disclosure - I may have got a mention on the MPU Live podcast in relation to Workflow ;-)

One of the hosts (David Sparks, a.k.a. MacSparky) has also created a Workflow Field Guide. This is a paid for resource and not one I’ve used; though I do have some of his other field guides and they are quality resources. It may be worth a closer look.

Another Relay.fm podcast that has had even more extensive coverage of Workflow is Canvas. Hosted by Federico Viticci of MacStories (see above) and Fraiser Spiers they have covered Workflow across a series of brief podcasts. Combined with some of the more visual resources and in particular the workflows referenced in the show notes this gives a great overview of different areas of the application and its potential uses.

Another lean back experience is available from Don Mcallister at ScreenCastsOnline. ScreenCastsOnline is a membership site that offers tutorials on a variety of OS X and iOS applications and inbuilt functionality. It therefore isn’t surprising that Don took the opportunity to cover Workflow, but better than that he did it across two episodes.

I do subscribe to ScreenCastsOnline and these tutorials are a nice introduction - exactly what you’d expect from Don.

The Sayzlim.net site has a nice gentle introduction to creating workflows and is a perfect place to take a look if you want some quick examples and some ideas for how to build and bug fix your workflows.

I’m guessing you may have already noticed, but just in case you missed it there are some posts and pages on this very web site that might just help you get started with Workflow.

I’ve got several hundred workflows on my iOS devices and include many of the more generic ones on this site as soon as I get chance to write them up. At the last update we are heading for two dozen articles and detailed Workflow posts as well as well over fifty example workflows; scroll to the bottom of this page for details.

The Workflow app itself has what I would call very light touch documentation. The workflow actions will display brief descriptions when you tap on them and most have fairly obviously named options … but you can’t currently drill in to get more detail.

That being said, the Workflow team are building a set of help documentation. I think the focus is on development and it is slow going, but the quality is high and hopefully it will catch up to the app in time. In fact I suspect that we’ll see something great happening with this resource in 2017.

Because the documentation is so minimal and as any good developer will tell you, having a go and reading through other people’s examples is a great way to start, I’ve pulled together some resources where you can get example workflows that take you beyond the ‘Make a GIF’ workflow you get after initially installing the Workflow app.

The first and perhaps most obvious place is the Gallery that is built right into the Workflow app. When you first open the app there’s an option of “My Workflows” at the top of the screen and next to it is “Gallery”. Tap on that and you’ll get a curated list of Workflows.

Originally the gallery workflows wre primarily from the Workflow developer team, but in late 2016 the team re-vamped the gallery and have been busily accepting submissions from a huge number of Workflow users ever since.

There’s an unofficial Workflow Gallery (not the same one as in the app) that has a curated set of (at the time of writing almost three dozen) Workflows.

Soon after Workflow’s launch, Workflow VCS appeared. It is a service that scours Twitter and Reddit (see below) for workflows. When it finds one it automatically adds it to its searchable repository.

I personally don’t use it much as because it picks up every posted link it pulls in a lot of junky stuff too. However if you know what sort of thing you’re looking for in terms of an example or if you remember seeing something linked to on Social Media in the past then it is a good place to start your search.

Workflow Directory is a site created by Jordan Merrick to showcase a curated set of workflows. The idea is that anyone is free to submit their workflows, but rather than taking them in automatically (like Workflow VCS) with the potential to have duplicates and the like, Jordan is curating the list manually. This certainly appears to help with the discoverability and describing the purpose of the workflows. However with the 2016 re-vamp of Workflow’s own in-built gallery this became deprecated, though it is still available and contains 75 workflows at last count; so it may still be useful to you.

This blog seems to have content from a mixture of sources, but every few weeks Frank van Exter seems to post a list of Workflows he’s spotted on Twitter since he last posted. The lists are not curated (and Frank is very explicit about that), but it is probably easier in terms of volume to scan through one of these posts every time they appear rather than scouring back through everything that Workflow VCS captures for example.

To keep abreast of what’s going with Workflow it can be useful to keep an eye on a few things Workflow related.

The official Workflow community (as linked to from the Workflow web site) can be found over on Reddit and is where a lot of discussion takes place around how to help people with their Workflow challenges and issues. People also post useful workflows they have created and occasionally details about bugs and odd app behaviour. There are a number of really clued up Workflow users on this forum, so it is definitely worth a look.

I’m currently just a lurker on the SubReddit, but I still get a lot from it when I remember to dip in and catch-up.

By following @WorkflowHQ on Twitter you’ll get to see a good deal of conversation around workflow - just like on Reddit only typically a bit briefer. However the Twitter account goes in fits and starts (you’d think the Workflow developers were always busy developing or something) and so I use a Twitter search to try and keep an eye out for what’s happening with Workflow.

I purposefully filter out people who are posting they are listening to music via Workflow (that and I made this GIF drive me nuts!) and that gives me a reasonable view.

There’s certainly more activity on Twitter around Workflow (larger user base I guess) and you may even find me (@sylumer) posting and replying on Workflow topics from time to time.

So that’s it. If you have any suggestions for me to consider adding to this list, why not send me a Tweet?

I’ve created dozens of example workflows to help people understand how to carry out different tasks in the Workflow iOS app. For each one I’ve created a brief overview post that gives an overview of what the workflow does.

A date ordered listing with excerpted details is available, but a briefer alphabetic list is also provided below.