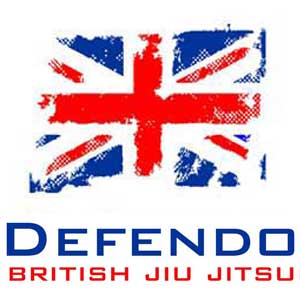 Defendo is what I would describe more as a martial form than a martial art. It is predominantly system of joint locking techniques (though it does include strikes, throws and a good dose of pressure points for good measure), but there is little in terms of etiquette and doctrine ascribed to it. It is simply a functional, effective and frequently pain inducing system of self defence.

It was created in the mid-20th century by Bill Underwood from a system he previously created that he called Combato. Born in Liverpool he worked in the theatres in the early 1900’s and observed the techniques of several notable Jiu Jitsu masters who were touring England at this time. From these techniques Bill distilled some basic principles and put his own stamp of directness on how to use them to defend himself. Bill emigrated to Canada prior to WWI and during this conflict he served with the Grenadier Guards and the Royal Flying Corps. Unfortunately had cause to use his fighting techniques many times to preserve his own life. It was at the start of WWII when Bill joined the Queen’s Own Rifles that he developed the Combato system to counter the Japanese battlefield use of Judo (which itself was derived by Jigoro Kano from Jiu Jitsu). His training of troops in Combato allegedly spread from the ranks right through to special forces and intelligence operatives.

Post WWII Bill’s modified his Combato system to less lethal self defense and law enforcement use - this was the start of Defendo (also known as “British Jiu Jitsu”).

To me Defendo is a practical striking and locking system which is very similar at a base level to the techniques I am familiar with from more traditional Jiu Jitsu. The difference is that whereas Jiu Jitsu encompasses a philosophy of control and deep understanding, Defendo is less about fluidity and ease of actualisation and more about quick to learn techniques that with a small amount of practice can be rendered functional (rather than mastered). Whereas many Jiu Jitsu techniques will rely on well placed atemi (strikes) and ku zushi (balance breaking) to allow a practitioner to effectively set-up and execute a lock on someone; Defendo instead will initiate with a strike purely to disable and to an extent distract … immediately following this up with a barrage of additional strikes until an opportunity to lock is acquired or the need to lock is excluded.

I discovered after I had started learning Defendo that one of my original Jiu Jitsu instructors had also studied it. His description I think was quite apt - “it’s like Jitsu … but with all the flowery bits taken out”. I would simply add that wherever the flowery bits are taken out there’s usually some more pain inserted.

All this being said, Defendo can be tough on the joints but in all my time training, there have been no injuries as it is made very clear how the techniques work and the limits and safety of training partners are always at the forefront when practising any technique. In my opinion it certainly forms the basis for a quick to learn effective form of self defence.

I began my studies in Defendo at the Royal Armouries in Leeds in 2005 under the instruction of Clive Elliott. I decided that in the run up to my 1st Dan grading in Jiu Jitsu I could do with expanding my horizons a little further and pulling in a few techniques and principles that would blend well with the style - Defendo seemed to be a convenient and neat fit. Clive’s seminars and my knowledge of Jiu Jitsu have allowed me to develop my understanding of Defendo greatly in the intervening years. During this time I have qualified as a Basic Level 1 instructor which primarily focuses on the teaching of the basis of “the triad” part of the system which covers three key areas of grips, leverages and pressure points.

As well as Clive I would also like to thank Mark and Kieran who have been my regular training partners for seminars and have spent many frustrated hours trying to lock me up and many hours being on the receiving end of some of the most painful locks imaginable.